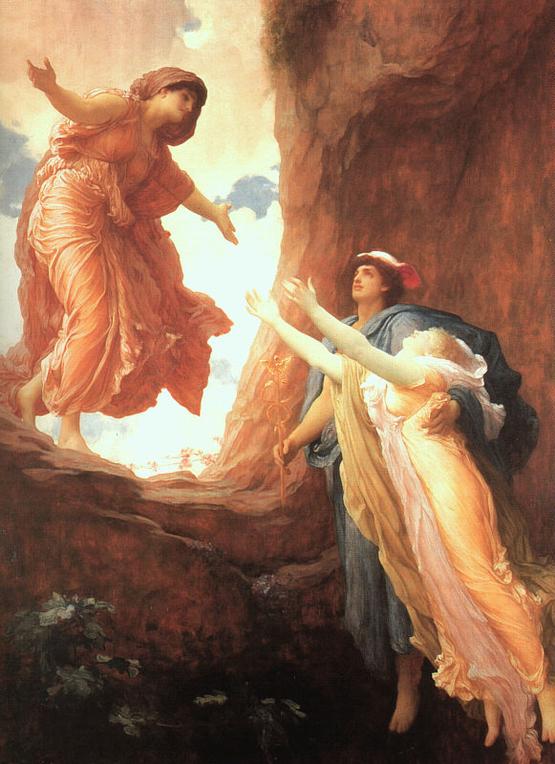 SELEUŠS (si-lüs): Named after the city of Eleusis and its first priest King, Celeus.  Eleusis was home to the most famous of the secret religious rites in ancient Greece: The Eleusinian Mysteries, an epithet or precursor to the concept of Elysium (The Elysian Fields, Champs-Elysees), and dedicated to the Goddess Demeter and Persephone (Kore).

Liken to the ascension of Persephone from Hades, to be reunited with her mother Demeter, the purified initiates (Mystai), having gone through the tedious Apporheta and shown a number of sacred items, including the Seed-of-Life in a stalk of grain, secured their life after death.

Today, the Mysteries continue, however, SELEUŠS has refined the Apporheta process and transubstantiated the Kykeon in the form of a Chocolate Truffle for our fellow Chocolate Mystais. 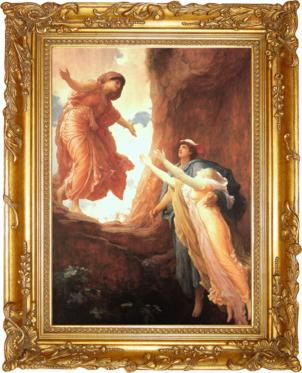 Frederic Leighton:  The Return of Persephone (1891)